I set a goal this year of getting back into winter hiking. When I was growing up on the Cape my Boy Scout troop took winter trips into the woods every couple of weeks. I really enjoyed making trips in the winter that I took in the summer and seeing how the woods were different in the cold and snow. It’s also much more challenging to be out in the woods when it’s close to zero - the challenges are totally different. 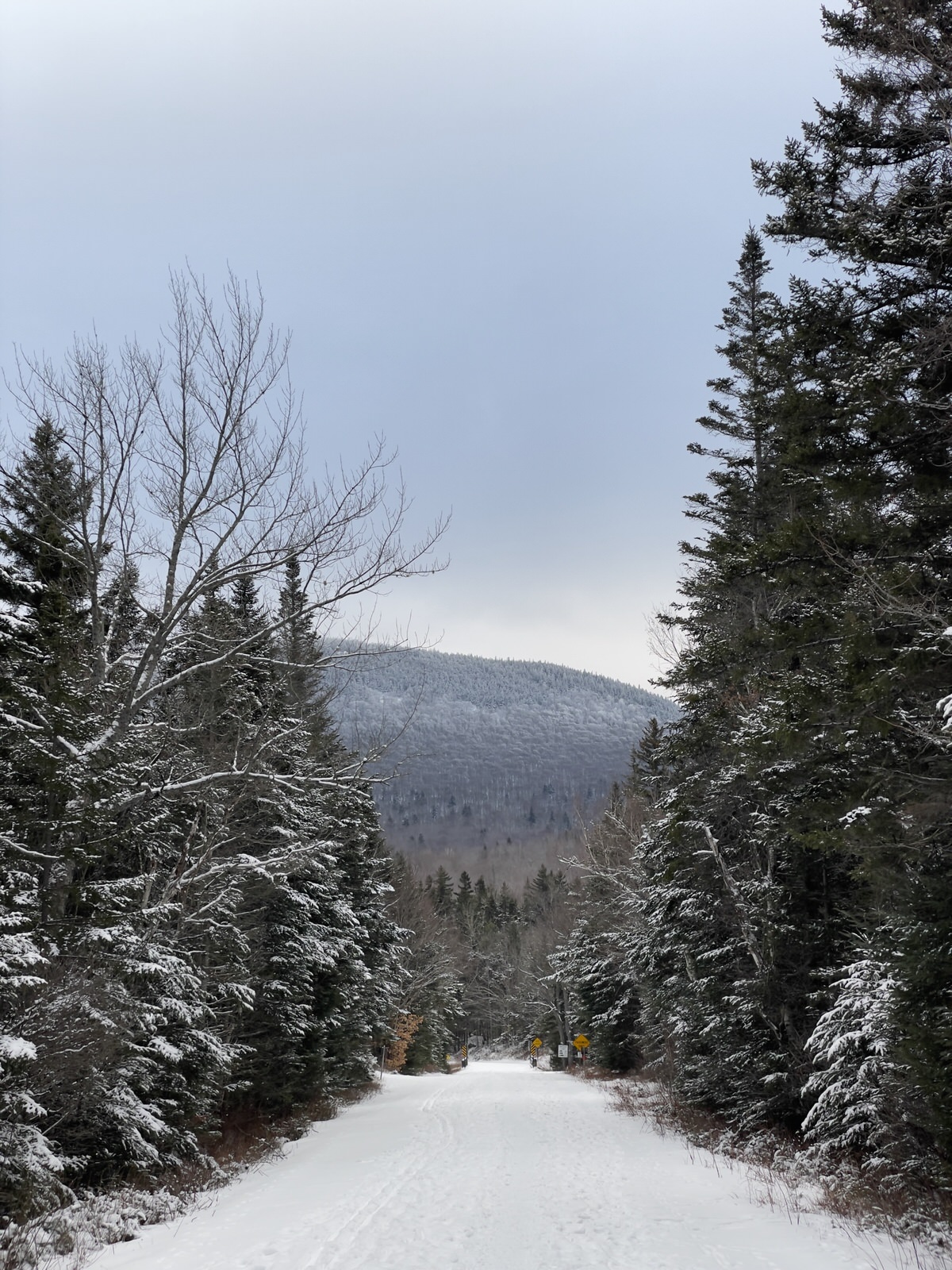 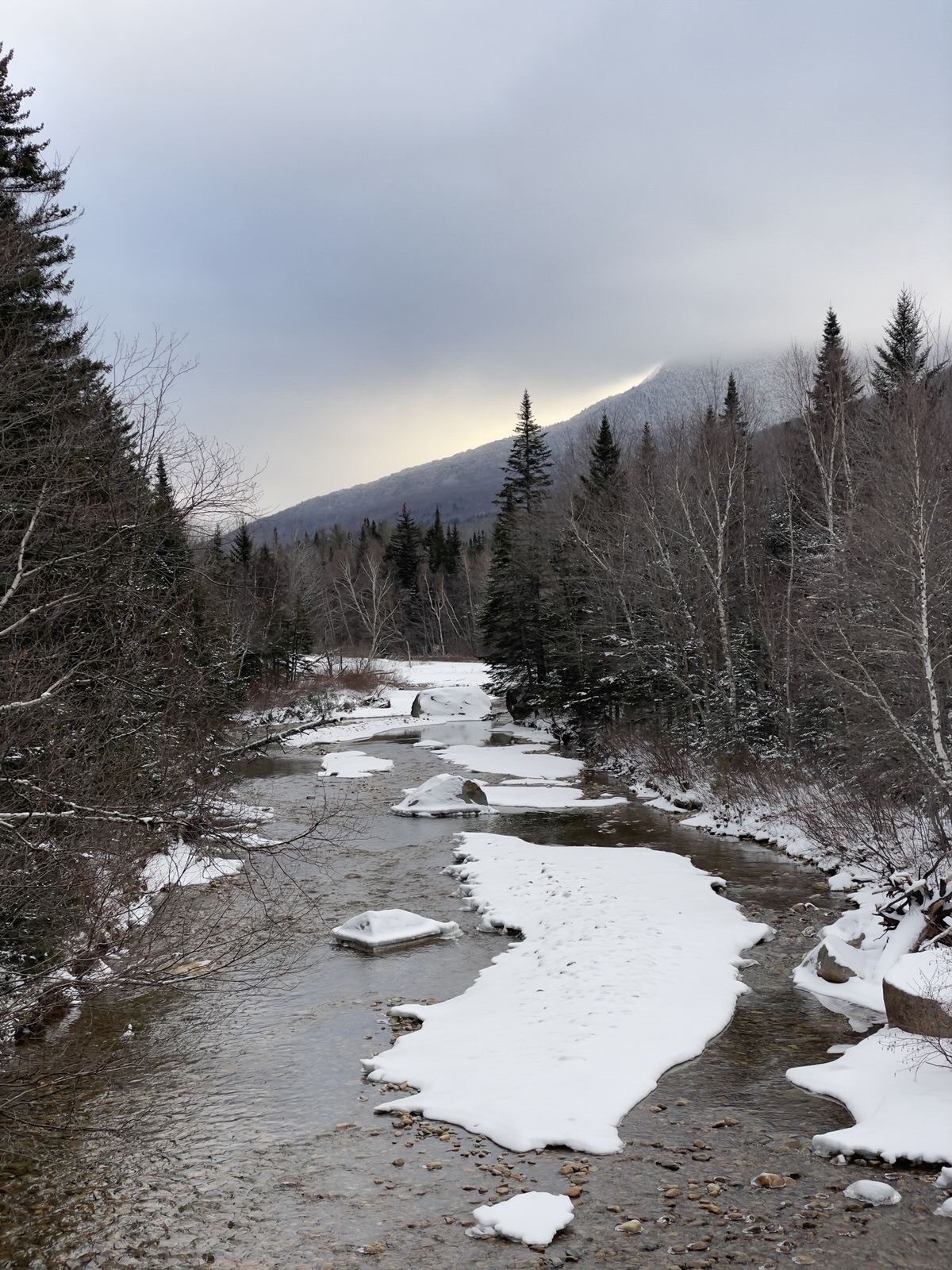 The trail up Middle Sugarloaf breaks away from the road right there it crosses the Zealand River. I had planned my hike around sunrise and through the break in the trees over the river I could see sunlight breaking through the clouds over the mountains. This gave me a certain degree of optimism hiking up the side of the mountain into the fading daylight.

At this point in January of 2021, barely any snow had fallen in New England. What snow had accumulated in November and December had been washed away by heavy rains on Christmas Day. However, the couple of inches in the woods made it looks like winter even if the snow was barely covering the ground. 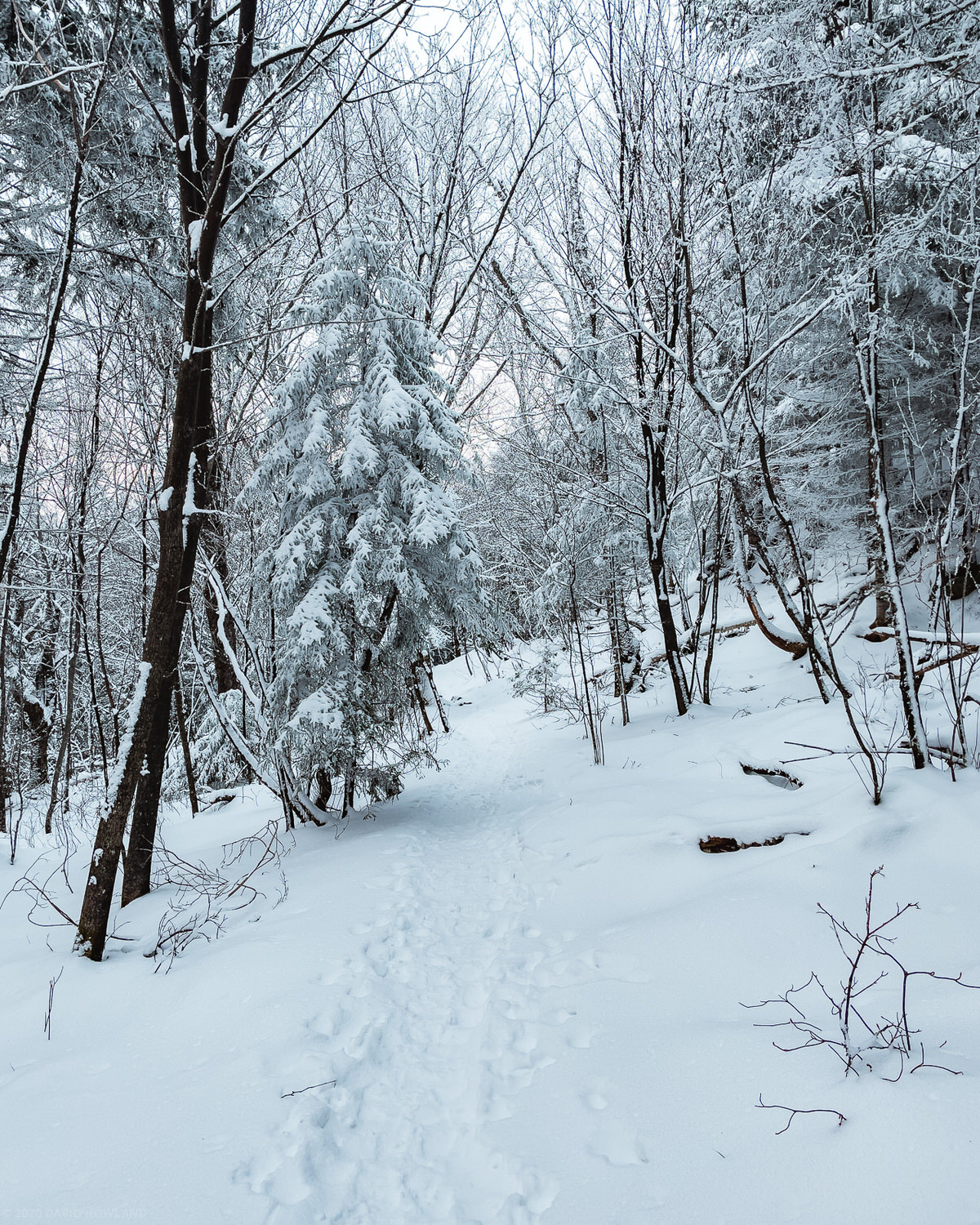 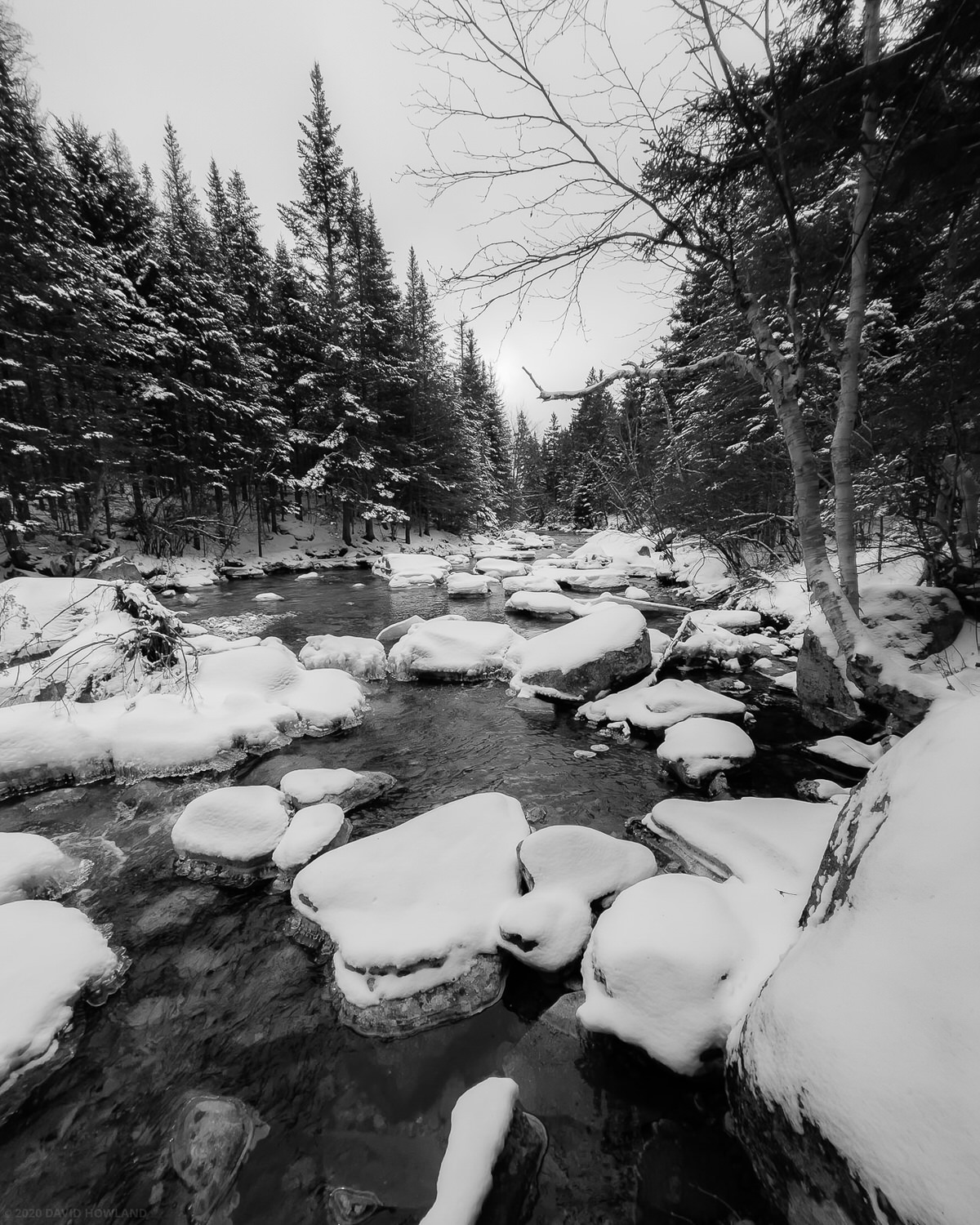 The Sugarloaf trail gains the col between Middle and North Sugarloaf Mountains after two miles and 750 feet of climbing. North Sugarloaf is slightly shorter and has a less clear summit so the view of the Presidentials isn’t as impressive. I turned left and pressed on uphill to Middle Sugarloaf. Just below the summit a tall stepladder gains the remaining vertical feet and the trees drop away to reveal an awesome view of the surrounding mountains. For me, this view was only to the next ridgeline over. The peaks of the mountains were covered in a thick cloud layer. 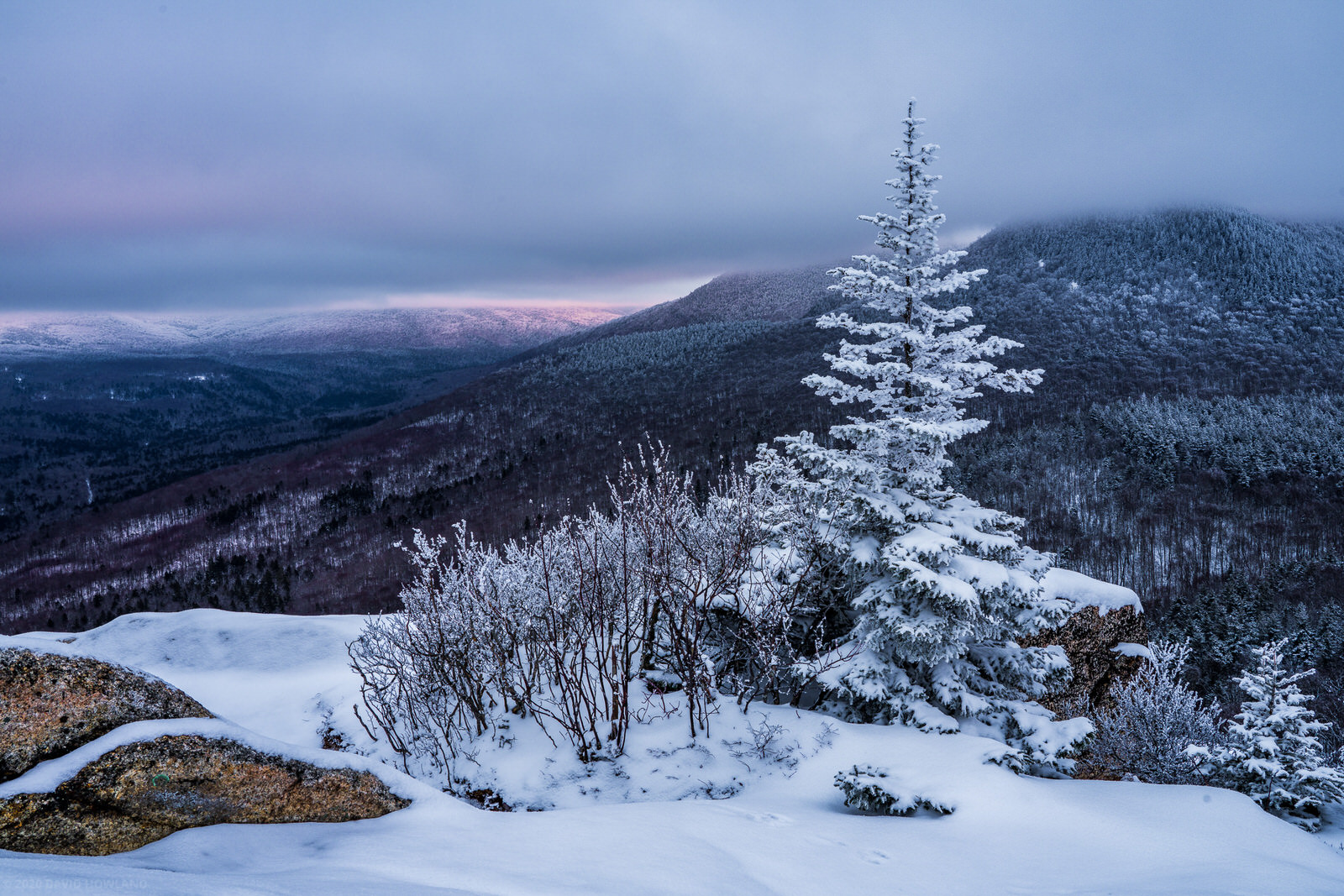 The sun was barely peaking around the clouds but the light on the snow covered trees was beautiful. Every tree and rock on the summit of Middle Sugarloaf was covered in a thick layer of ice. Even without a colorful sunset it was a beautiful summit and view and I was glad I made the effort. 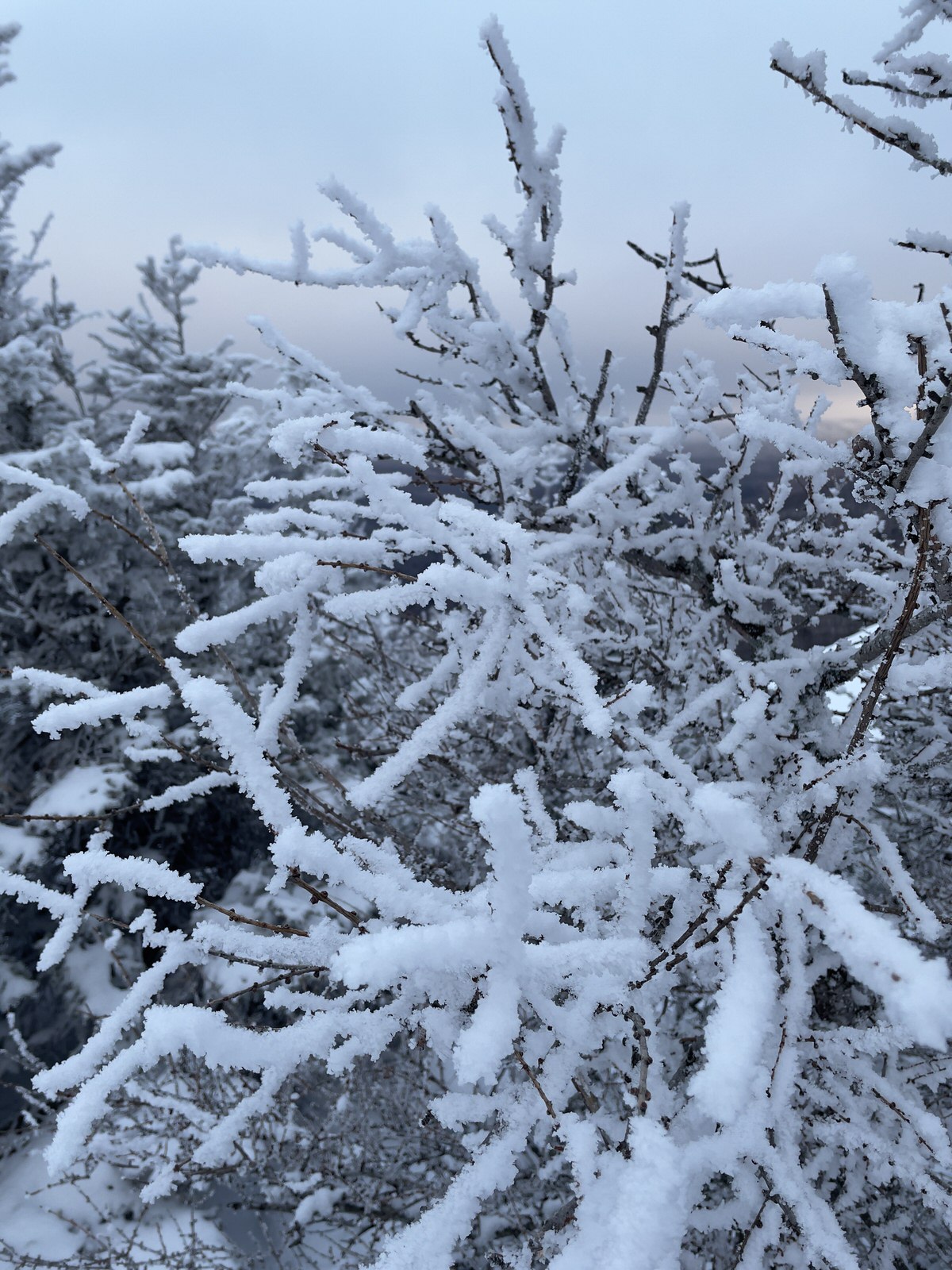 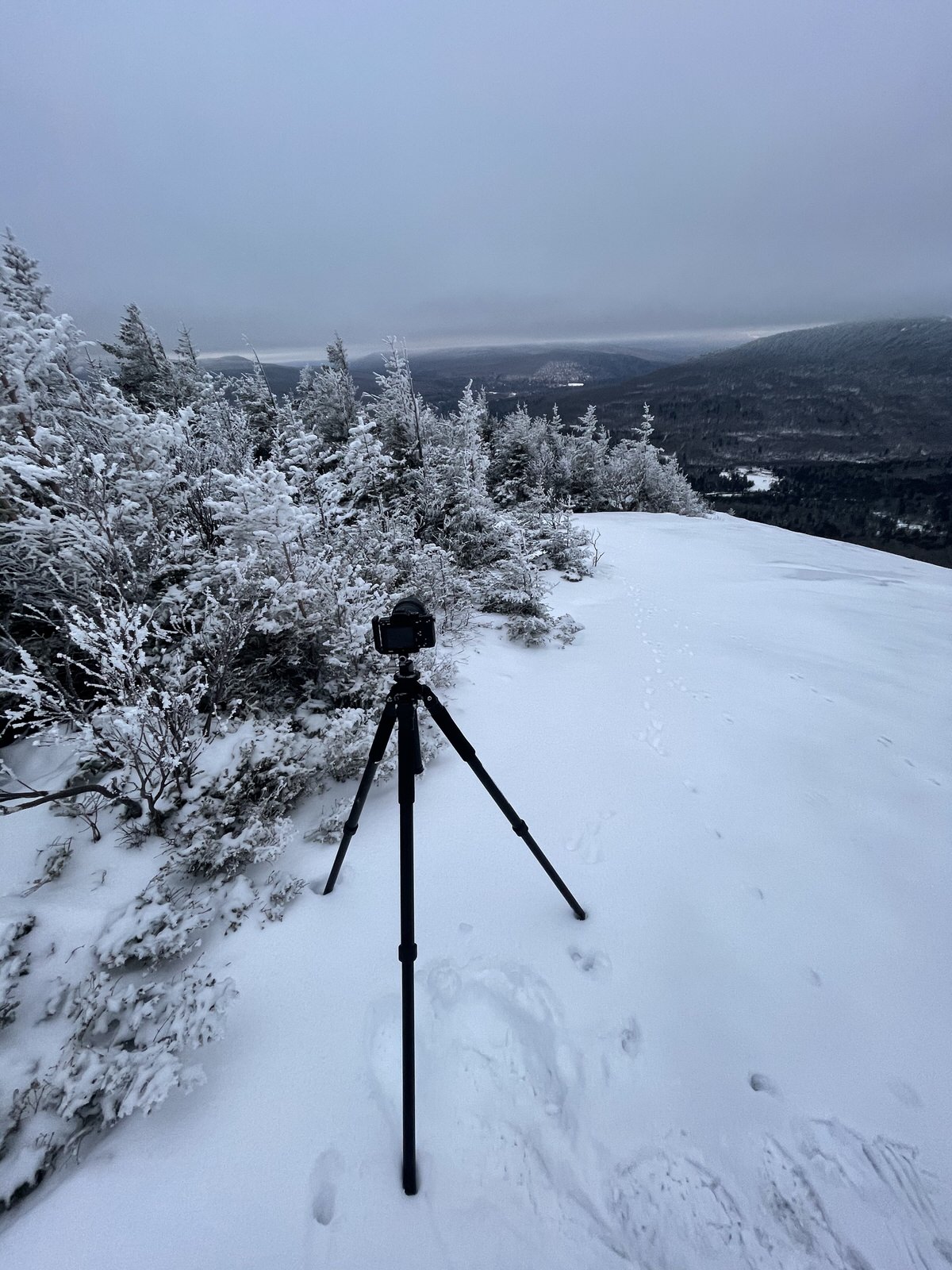 On the hike out I discovered that I’d left my headlamp behind in a different backpack in my car. Luckily I had my mountain biking headlamp in my bag so I made the two mile hike out to the car by the light of my handheld lamp. 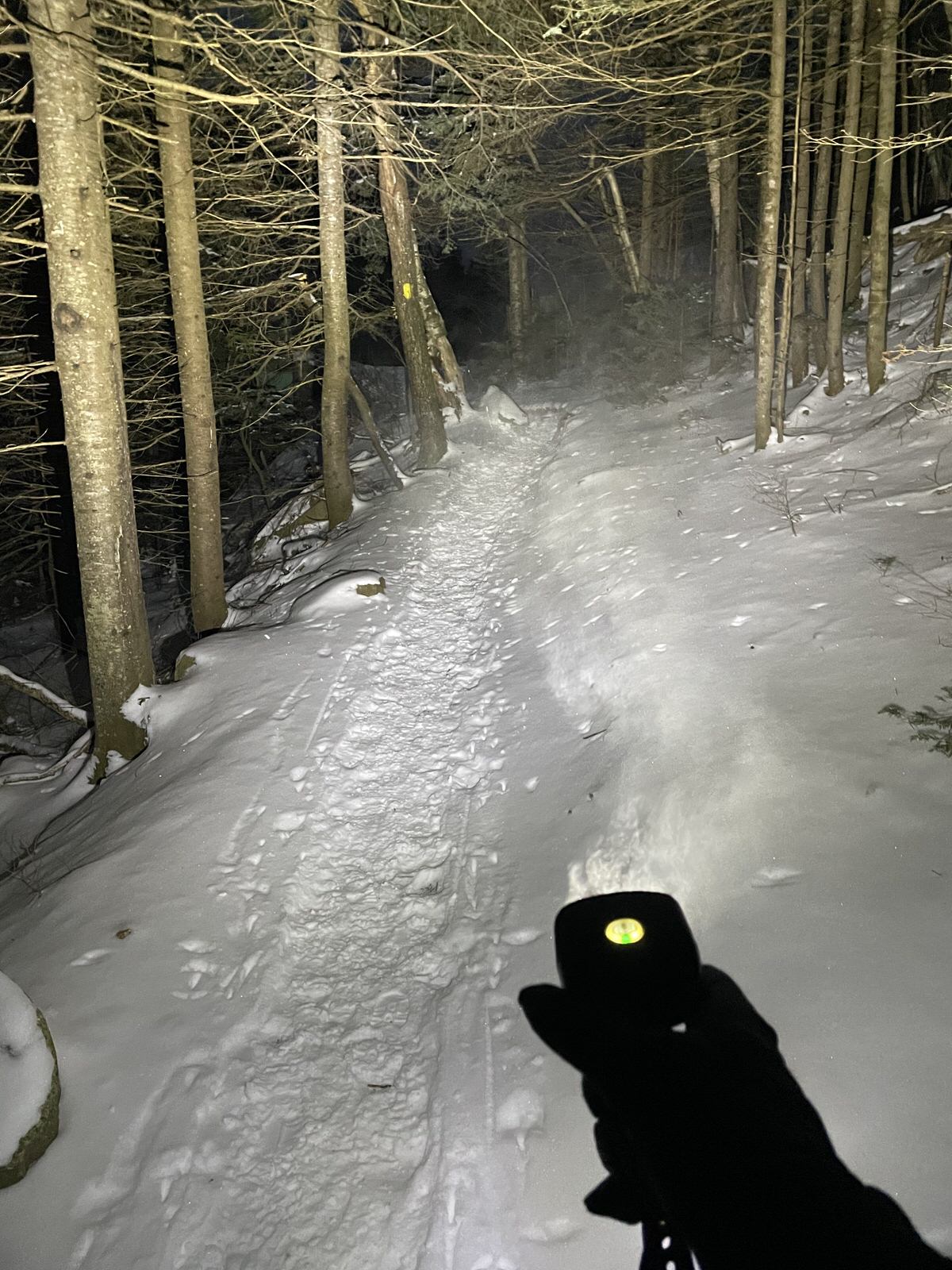 I’m still getting used to hiking through the woods in the mountains alone at night but this trip was a great first foray and made me excited for more snow and more winter hiking.